Part 8: The Updating the Graphics

At this point the game was about collecting tiles, which turned into gold, collecting tokens which unlocked monsters. Gold unlocked the upgrades which helped the player to catch the monsters.

I was going to participate in White Nights Conference 2016 in Helsinki and I though it was time to update the graphics, and make the game more presentable. 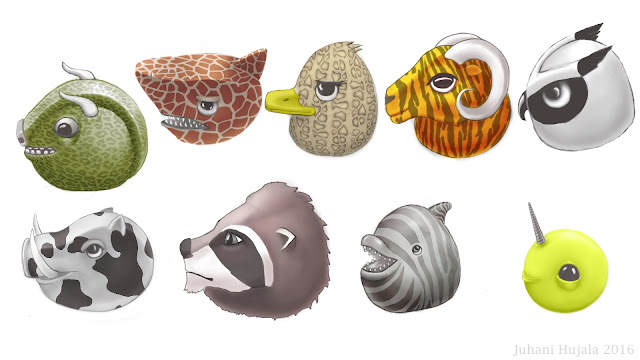 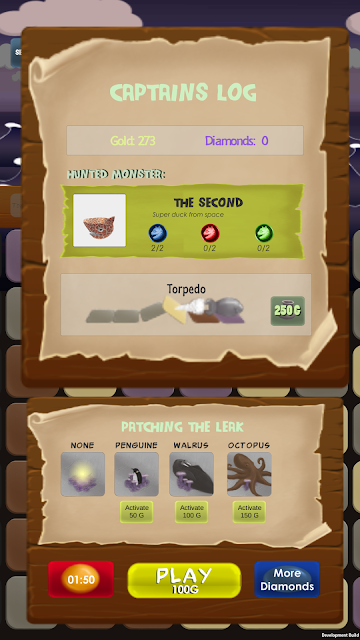 I designed a opening screen. There player could see the Monster Card, buy torpedo and unlock upgrades. The torpedo was a kind of power up, which launched a projectile that destroyed all the mountains from its way, and turned the tiles underneath to same color. So, it could be used for making a path. "PATCHING THE LEAK" was an upgrade for the ship, it gave player more moves, since the "patching animal" could slow down the ship from sinking. 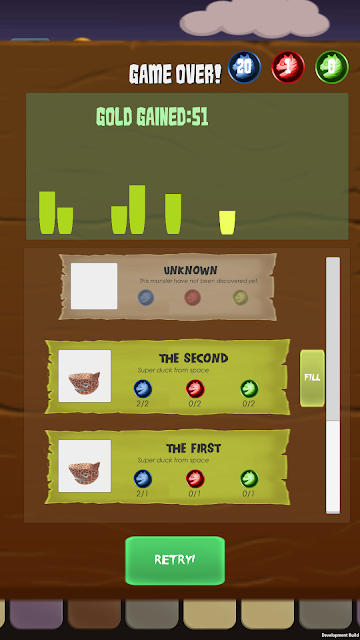 The result screen also got a new look.