After I thrashed the shooting mechanic, as it was too distracting, I started to think about what was the essence of the gameplay I now had. Player needed to make paths along same colored tiles, and the number of the tiles of each color was recorded. So my conclusion was, the game is about collecting stuff. I started to think about different kinds of collectibles and why player was collecting them. I came up with an idea of collecting monsters, and to get monsters, player needed to unlock them first. To unlock a monster player needed tokens. 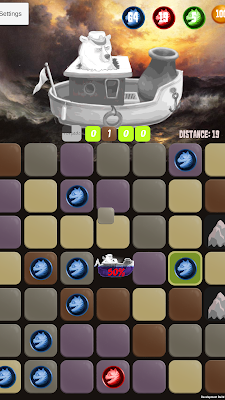 There were three kinds of tokens: blue, red and yellow. They were symbolically same as bronze, silver and gold. Their value was different from one to another in hierarchical way. 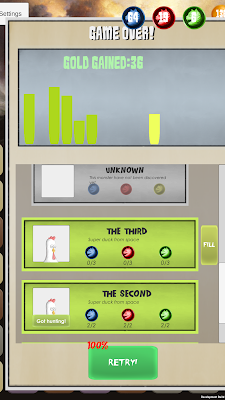 Here is "Gold Gained",  which meant how many tiles player collected. Every tile turned into gold, which could be used for buying upgrades.

In the bottom there were "Monster Cards". In the card player could see how many tokens it needed, before he could go for hunting.
The Hunt was a different level where player needed to catch the monster.

After unlocking one monster, player could start collecting tokens for another one. The main goal was to collect all the monsters. 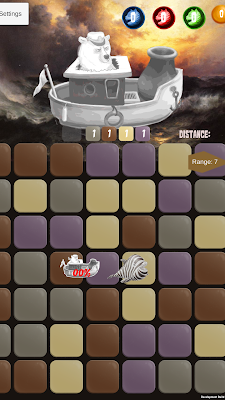 Player needed to catch the monster by getting to the same tile with it. Monster was constantly moving forward.

Player needed to do this before his moves ran out.


This new idea was inspired by there mobile games that offer a tons of 'meta game', things that can be collected and gathered. At this point I was intrigued of making a 'bigger game', a similar game than the bigger companies do in mobile business. - What fool I was!